One of America's best hipster neighborhoods 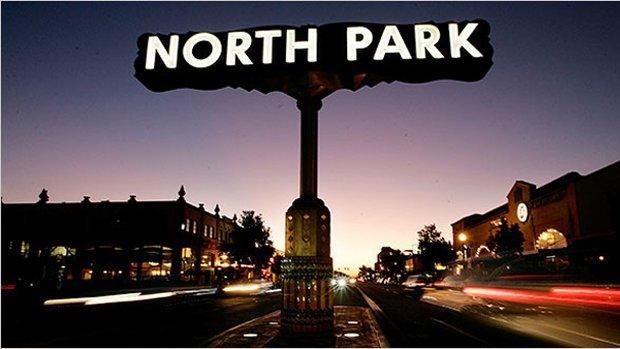 No longer is North Park just San Diego’s designated hipster hangout. The nation is taking notice, and locals should expect to see an incoming tide of skinny jeans-wearing believers in all things indie and ironic.

So, your first reaction may be: What do the fine people over at Forbes know about hipsters? Doesn’t the pure existence of the list make all mentioned neighborhoods less hipster? With sympathy and understanding, I suggest Forbes host a round of Pabst Blue Ribbon tall cans for your trouble. And now, allow us to explain the ‘hipness’ index.

Seven Grand opened its first San Diego location in North Park summer 2012.
According to Forbes staff reporter Morgan Brennan, “The San Francisco-based startup Nextdoor.com helped us dig through data on more than 250 neighborhoods in the biggest U.S. cities. We assessed each area’s walkability according to Walkscore.com; the number of neighborhood coffee shops per capita (with some help from NPD Group’s report); the assortment of local food trucks (and their ranking according to Zagat’s); the number and frequency of farmers markets; the selection of locally owned bars and restaurants; and the percentage of residents who work in artistic occupations.”

Silver Lake in Los Angeles tops the list as the #1 hipster neighborhood in America, and is joined by 19 cool kid communities from coast to coast. Also topping the list are the Mission District in San Francisco, Williamsburg in Brooklyn, Wicker Park in Chicago, Pearl District in Portland, and Warehouse District in New Orleans. San Diego’s own North Park falls in line at #13, beating out Little Five Points in Atlanta, LoHi in Denver and Allston-Brighton, Boston, among others.

Here is why Brennan added our town to her list: “Culturally diverse North Park is home to Craftsman cottages, cafes and diners, coffee shops, several microbreweries, boutiques, and the North Park Farmers Market. The North Park Theater and the Ray Street Arts District are also bastions of creativity in the area.”

What are your favorite hipster spots in North Park?

People In Heavy CC Debt Are In For Big SurpriseWeekly Financial